The 3 Pillars of Customer Success With Altrio’s Jason Myers 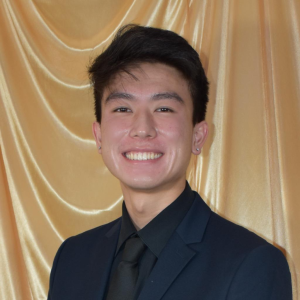 Building an elite customer success team is easier said than done – and Jason Myers knows this better than just about anyone.

Jason Myers has been at the intersection of the startup world and CS for several years now. Last month he was named the Chief Customer Officer at Altrio, a Toronto-based tech company focused on helping real estate investors manage their portfolios, after serving as the company’s VP of Customer Success for two years. He’s had a front row seat to the industry’s evolution – a view that’s given him a unique perspective on what makes CS teams thrive.

Fortunately, Jason is happy to share his insights. He recently joined UpdateAI CEO Josh Schachter to talk about CS, including his 3 pillars of CS success and why he’s never been more excited than right now to be in the industry. You can watch the full conversation over on LinkedIn by clicking here, and you can read a few key takeaways from their talk below:

The 3 Pillars of Customer Success

“At the highest level, the customer success team – it’s about owning the relationship with the customer,” Jason told Josh.

That means accounting for several aspects of the customer’s relationship with your business, he explained; That includes enabling the customer, driving adoption, and building a meaningful connection, as well as retaining and expanding the customer’s business post-sale.

To make sure his CS teams meet these key points, Jason shared his 3 pillars of customer success:

The initial touchpoint with customers; critical to grasp the challenges facing the customer and set the groundwork for solutions to be reached; typically a professional services team that handles onboarding and activations

This is the core CSM team; often referred to as account management; responsible for building relationships with customers; finds solutions that work for both the client and the company

Analyzes and understands how the customers are adopting software; shares concise insights and feedback with the rest of the company.

Those three pillars, Jason said, ideally work together to create a “holistic customer journey, from activation through engagement and education, [as well as] retention and expansion.”

And one characteristic that needs to be uniform across each pillar: positivity. Remember, the customer chose your company for a reason. It’s important to validate that faith with an optimistic outlook – a confidence that the challenges they are facing can and will be alleviated via your CS team’s help.

With this framework in place, Jason said, you’ve put your CS team in a great position to succeed.

As companies grow, their CS teams will also grow and evolve, Jason said.

This is something he’s seen firsthand, having worked at multiple startups. Before joining Altrio in 2020, Jason was the Head of Customer Success and Operations at Ada Inc., an AI-powered customer support software company; Ada Inc. was valued at $1.2 billion valuation last year.

When it comes to CS, that typically means moving along a spectrum from generalists to specialists, Jason said. At an early stage startup, you’re going to want someone who is a jack-of-all-trades, because they’re going to be wearing many different hats. A normal day could include onboarding customers, managing customers and building documentation.

Over time, those roles will become more defined as the team expands. At Ada, for example, Jason was one of the first six people hired – meaning he was tied to every aspect of the CS experience at the beginning. By the time he left the company, the CS team had expanded to about 30 people with defined roles.

If you’re working at or joining an early stage startup, Jason’s advice was simple: embrace it. While a more established company will have its CS “playbook” in place, a startup is still working to put its playbook together. That’s worth leaning into.

He added: “As an early stage CSM, it’s a lot less about running a process and a lot more about having a framework for solving problems, learning how to listen to customers and identify what their biggest problems are – and then attacking those problems with a blue ocean. To me, that’s what makes it fun.”

What Excites Jason Most About CS Moving Forward

Jason believes there’s never been a better time to be involved in CS than right now. That’s due in large part to there being a shift in the industry, he said, from CS being a “cost to being a revenue opportunity.” CS, rather than being viewed as a secondary component of a business, is now viewed as a sales driver.

“When I first got into customer success, it was kind of synonymous with customer support and customer support is just seen as a cost center,” Jason said, “where you just throw money into a pit. You’re not getting any [return on investment] for that, but it’s just a necessary evil.”

Now, the general view of CS has “evolved,” Jason said, as more companies understand the differences between customer support and customer success. Companies now view CS as important, or even more important than sales, he said, because the CS team may actually be generating more revenue than the actual sales team, depending on the company.

“The recognition that this is actually a revenue opportunity is really exciting,” Jason said.

Among those recognizing this opportunity have been marketing and sales professionals; Jason said he’s seen an uptick in workers from both backgrounds looking to switch to CS. That recognition has also led to real organizational decisions, too, including more resources being allocated to CS teams.

“It’s super exciting, the way that customer success is becoming a priority within these organizations,” Jason said.